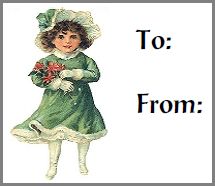 Scripture:
Isaiah 61
The Year of the LORD’s Favor
1 The Spirit of the Sovereign LORD is on me,
because the LORD has anointed me
to preach good news to the poor.
He has sent me to bind up the brokenhearted,
to proclaim freedom for the captives
and release from darkness for the prisoners,

2 to proclaim the year of the LORD’s favor
and the day of vengeance of our God,
to comfort all who mourn,

3 and provide for those who grieve in Zionâ€”
to bestow on them a crown of beauty
instead of ashes,
the oil of gladness
instead of mourning,
and a garment of praise
instead of a spirit of despair.
They will be called oaks of righteousness,
a planting of the LORD
for the display of his splendor.

Symbolic Ornament:
You may use the scroll for today’s proclamation of freedom.

Print or make a little scroll- or several! They can also be purchased at World Market, if you want something fancy. But write a proclamation of your freedom and that of your family, through the grace of God. Roll it up and hang it on the tree. When you trust in the name of Jesus there is a proclamation that gets circulated throughout heaven that you are free from sin and all the accusations against you. And that is good news!

Thoughts:
This is the same scripture that Jesus read, from verse 1 to the first part of 2, in the Temple. “Then he rolled up the scroll, gave it back to the attendant and sat down.” He then very simply said, “Today this scripture is fulfilled in your hearing.” The promises began to be fulfilled and continue to be fulfilled in Christ even now. Today there is a proclamation of your freedom so that you may be released from darkness and bondage. Receive the promise of your freedom and walk as free men and women and children today.

At the time that Jesus declared that this scripture was fulfilled, the Jewish people were under captivity. They were captives in their own land under the Roman rulers. That figures largely in our Lord’s advent, as Joseph and Mary were compelled by Roman decree to travel to Bethlehem. Has the irony of this become obvious? God foretold certain markers in the Messiah’s life: He would be born in Bethlehem, and it was the Roman decree that forced Joseph and Mary to travel there. Mary was ready to give birth at any time, and it seemed a hardship, but God had plans of great freedom and blessing hidden in what looked like an impossible situation.

This is such a message of hope for the week in which we center on the hope of Christ’s advent.
Have you received your freedom? Your blessing?
What will you do with the freedom given you?

For an Advent wreath, this is the pink candle, or the "Candle of Joy". We move closer to the celebration of Christmas, and we may make a choice to … END_OF_DOCUMENT_TOKEN_TO_BE_REPLACED

In our world, we are small, and likewise, in the universe our world is infinitesimal. Many people … END_OF_DOCUMENT_TOKEN_TO_BE_REPLACED

You must admit that God chooses some unexpected places to show up. Bethlehem might have seemed … END_OF_DOCUMENT_TOKEN_TO_BE_REPLACED