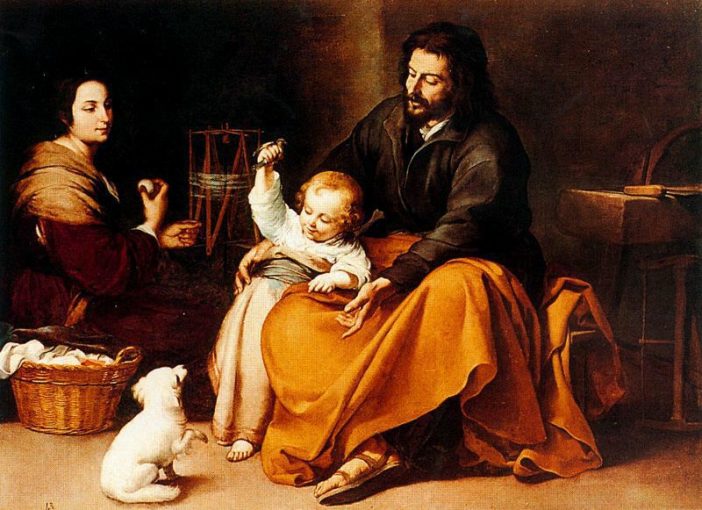 Here is the thread that ties all these things together: Joseph.

Next time you see a common everyday hammer, think of a common everyday man that fixes little things around the house. We all need such a person, and maybe you are that person for someone, a handyman or a carpenter by trade -like Joseph was.

There is no way to appreciate something or someone as when our need accentuates their advantages. The right tool for a job, or an accomplished and skilled person, we can appreciate the benefits when experiencing first hand how much better life is with them. That is the position of Joseph in God’s plan of salvation.

We often underestimate the position of “Father” in a family, nowadays. Sitcoms portray them as bumbling idiots, if not outright villains. Rarely are father figures seen as wise, caring, and protective, but that is the way Joseph acted throughout the role that the Heavenly Father chose for him. Joseph was given some very challenging situations, and handled them all with balanced and calm judgement. He believed the dreams that God sent him, and acted on others behalf quickly and bravely. It shows that a father’s heart can be in a man whether he is a biological parent or not. A man’s best side may be seen while he learns to act as a father to others… a mentor, a protector, an example, a loving parent. That is how Joseph behaved, and since his occupation was carpentry, the hammer represents him in Christmas symbolism.

Not the hammer as something that breaks apart- though it could, but as a tool to build.

A fun project with hammer and nails is to build a birdhouse. Make a home for your neighborhood birds in the coming year to remind you of what it means to be a father and to have a father. Think about Joseph and what kindness he showed.

Rethink your view of a father’s love during today’s meditations for Advent.

For an Advent wreath, this is the pink candle, or the "Candle of Joy". We move closer to the celebration of Christmas, and we may make a choice to … END_OF_DOCUMENT_TOKEN_TO_BE_REPLACED

In our world, we are small, and likewise, in the universe our world is infinitesimal. Many people … END_OF_DOCUMENT_TOKEN_TO_BE_REPLACED

You must admit that God chooses some unexpected places to show up. Bethlehem might have seemed … END_OF_DOCUMENT_TOKEN_TO_BE_REPLACED