Precious Truth: God inhabits the praises of His people. 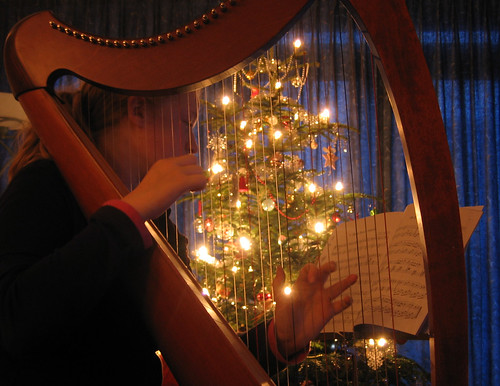 1 Samuel 16
an excerpt:
18 One of the servants answered, â€œI have seen a son of Jesse of Bethlehem who knows how to play the lyre. He is a brave man and a warrior. He speaks well and is a fine-looking man. And the LORD is with him.â€

19 Then Saul sent messengers to Jesse and said, â€œSend me your son David, who is with the sheep.â€ 20 So Jesse took a donkey loaded with bread, a skin of wine and a young goat and sent them with his son David to Saul.

21 David came to Saul and entered his service. Saul liked him very much, and David became one of his armor-bearers. 22 Then Saul sent word to Jesse, saying, â€œAllow David to remain in my service, for I am pleased with him.â€

David is ever remembered as the man after God’ own heart. The Christ was called prophetically, “the Son of David”, after the fact that God ever remembered David’s special place in His promises. That was how important David was to God.

David was remembered as the Psalmist, the King, but not as a perfect man. Yet, in spite of severe faults and sins, we see God’s love and faithfulness to him undiminished in a picture of grace.

That is how I think King David most comes across in the scriptures: the example of God’s grace and blessing in the life of a man.

One of the keys of David is the song of Praise and Worship. We might surmise that it was this praise and worship that came from his soul that so captured the heart of God.

The ornament symbol: the harp

Jesse Harpl Ornament #1 by ilonagarden
Create a personalized Christmas tree ornament
The carol for today: “I Wonder As I Wander”

2. When Mary birthed Jesus ’twas in a cow’s stall,
With wise men and farmers and shepherds and all.
But high from God’s heaven a star’s light did fall,
And the promise of ages it then did recall.

3. If Jesus had wanted for any wee thing,
A star in the sky, or a bird on the wing,
Or all of God’s angels in heav’n for to sing,
He surely could have it, ’cause he was the King

We Are Thankful For Peace When we are disturbed by stresses, pressures, and upheaval, there is nothing we wish for more than a little peace. Rest … END_OF_DOCUMENT_TOKEN_TO_BE_REPLACED

You must admit that God chooses some unexpected places to show up. Bethlehem might have seemed … END_OF_DOCUMENT_TOKEN_TO_BE_REPLACED

Much of the message we hear during Christmas is that of giving and receiving. It is everywhere, and … END_OF_DOCUMENT_TOKEN_TO_BE_REPLACED