Frankincense is an essence which has become popular for its healthful properties, especially recently. It had been used in religious ritual from ancient times, and for healing, as well as its preserving qualities.

It had special uses by the Egyptians for burials, by Romans for perfumes and healing oils, by Greeks to signify the greatest honors for their heroes.

It was also a highly prized as a perfume which was fit for royalty, far too expensive for common people of Jesus’ time.

Gifts of Frankincense, Myrrh, and Gold

Given as a gift to a baby born in such an inauspicious setting, of unknown parentage must have seemed strange, if not for the prophecies and the sign of the star which led them to that place. To have begun the journey, the wise men of the East must have been sure of their beginning, but how did they feel at the point at which they came to the dead end of Herod’s court?

But through their persistence, they were able to finish their life task: they brought the gifts fit for the most honored king, and laid them at the feet of Jesus.

Prophetic Acts
It has been seen that these gifts, which took such trouble to deliver, brought with them prophetic meaning. They declared a king, they foretold suffering, they spoke of reward.

But their message was not crystal clear to all, it wasÂ obscured by the events and conditions that seemed to deny their message.

Who would believe that this child of Mary was destined for anything? Much less anything great?

No one except those who could see through the spirit. They declared what they saw. Much later, in ways that could not have been guessed, the figures of the future fell into place. Often the key to understanding arrives long after the words and clues areÂ given.

Jesus was not declared King of the Jews until his crucifixion, and even then, it seemed a mocking irony.

Do prophetic events still take place in this way? Might there be things that happen in our lives that whisper something of our destiny? Surely there are, if only we have the eyes to see, the ears to hear.

The prophetic offering of the Frankincense was a good aroma, pleasant fragrance, and of great worth. That may be how Christ would have us see ourselves, and each other in this season, and in those which are to come.

Our gifts to each other may not be expensive ones, but they can be something that speaks a message into our future.

Tonight, give voice to something positive you see in the person next to you. Give them something in that message that gives them a future blessing.

It Came Upon A Midnight Clear

Matthew 2:11
â€œAfter coming into the house they saw the Child with Mary His mother; and they fell to the ground and worshipped Him. Then, opening their treasures, they presented to Him gifts of gold, frankincense, and myrrhâ€ 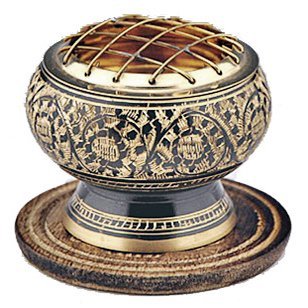 For an Advent wreath, this is the pink candle, or the "Candle of Joy". We move closer to the celebration of Christmas, and we may make a choice to … END_OF_DOCUMENT_TOKEN_TO_BE_REPLACED

In our world, we are small, and likewise, in the universe our world is infinitesimal. Many people … END_OF_DOCUMENT_TOKEN_TO_BE_REPLACED

You must admit that God chooses some unexpected places to show up. Bethlehem might have seemed … END_OF_DOCUMENT_TOKEN_TO_BE_REPLACED