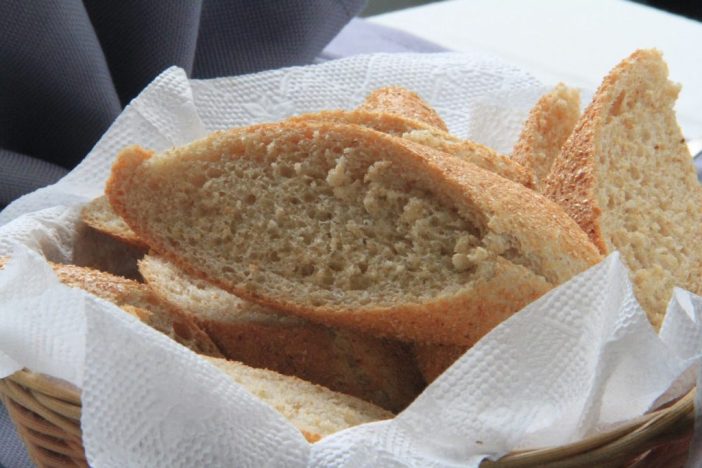 Begin with listening to Christmas music.

In ancient times it was considered a binding type of relationship to eat bread and salt together. It meant you had made a lasting partnership.

There were so many deeply meaningful ways people shared their lives together, and sitting together around a meal was a very important one.

Ruth, in the Bible, has some important items in her story that remind us that God takes covenant relationships seriously. From the way she stayed close by Naomi even after her marriage bonds were gone, to the gleaning of Boaz’s fields, she shows what a powerful bond forms through covenant, or the agreement between two parties.

God included her in the line of the Messiah. She was a stranger among the people of Israel, how could this have happened except she became woven so intimately through establishing a covenant with God’s, people, and with Him?

The Christmas story is the beginning of the New Covenant, the new agreement and inheritance that God forged for all who would come to Him in faith.

When Jesus would declare he was The Bread of Life, The Door, The Way, Truth, and Life, he was declaring this new and eternal relationship with God. AÂ communion that is meant to unite us as firmly as a Bride and Groom were meant to be united. As firmly as God had intended Israel to be with Himself, as strongly as any possible tie between two could be: that they be as one.

When we read of this Christmas story this season, it is the declaration of God’s love for the world. He sent His Son, and the miracle of this birth and the journey that Christ took to bring us to Himself is one of incredible love and sacrifice. Let’s share something to eat together during this devotion. Let’s remember how important we are to each other, and to God.

Then let us consider how to live in peace, more mindfully. Letting go of the hostilities and any hurts we may be nursing.

Let us be the peace we wish to see in the world, tonight.

Carol of the Bells

Directions included in video below â†“[/su_box]

For an Advent wreath, this is the pink candle, or the "Candle of Joy". We move closer to the celebration of Christmas, and we may make a choice to … END_OF_DOCUMENT_TOKEN_TO_BE_REPLACED

In our world, we are small, and likewise, in the universe our world is infinitesimal. Many people … END_OF_DOCUMENT_TOKEN_TO_BE_REPLACED

You must admit that God chooses some unexpected places to show up. Bethlehem might have seemed … END_OF_DOCUMENT_TOKEN_TO_BE_REPLACED