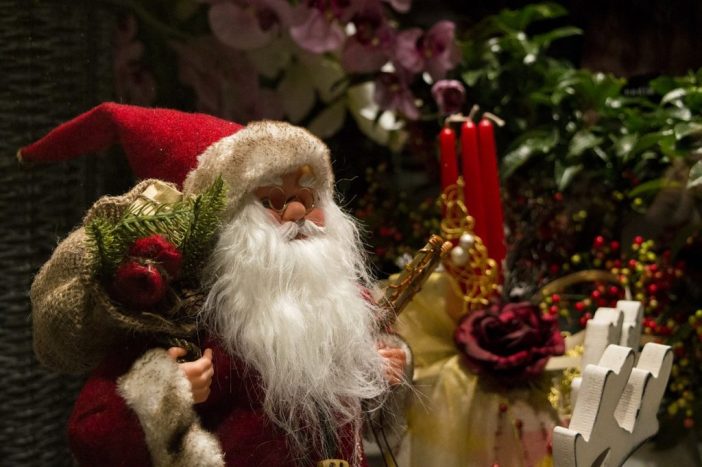 During Advent we see how God sent us joy when we did not ask; because we didn’t have any idea how to ask for this eternal joy of the soul.

It was because hidden deep within the very mysteries of God Himself, His own Joy in this Only Begotten Son, The Joy that the Son had in the Father and in Creation were impossible for human beings to even imagine in their condition.

All we know is this fallen world, and all our joys are filtered through finite minds and circumstances.

It was only after the fulfillment of God’s plan, that was beginning to be revealed in this Christmas event, that we were given invitation to “Ask” that our joy may be full.

Until now you have asked for nothing in My name; ask and you will receive, so that your joy may be made full.

Today we know the name of Jesus, we know that salvation was given and relationship to our Heavenly Father was mended. Today we can pray, asking with faith, and receive these requests for a complete experience of joy.

It can be hard to explain how this prayer, answer, and joy interaction takes place in response to the relationship we now have with God.

In fact, I think it is often misunderstood by well meaning people who believe in God. Tat is why many might say, “I prayed, but I didn’t get the things I prayed for” or this story:

I was on a “Treasure Hunt”, where a small group of us let God impress us with details of who to approach to share the Gospel. My partner and I had Â a “man with a blue shirt” (the details are blurry, now, several years later). We asked if there was anything we could pray for… and theÂ Business man said he was headed to a meeting and wanted a successful outcome to his meeting.

We obliged and prayed this for him. But later, I felt sorry for the man, and learned a lesson myself. God could well have answered that prayer, but how would it have been any different an outcome for a well prepared businessman?He was likely to make his own success, and in retrospect would have seen it in just that perspective. In what way would his joy have been completed or increased from the fleeting good feeling of a job well done?

Like Jesus, in answer to the woman at the well, I wish I had been prepared to answer:

â€œIf you only knew the free gift of God, and who it is that asks you for a drink, you would have asked him and he would have given you living water.â€ (John 4:10)

We so often focus on asking for something very short lived from God in our prayers.

What would you like from God during the Christmas season?

Some things we want are short-lived, some are eternal, a few things may be selfish, and some we wish for others. How many of these things to we bother to ask for, in prayer?

Let’s take a chance and ask God some prayers that may seem outrageously bold.

He is someone much better, He is our Heavenly Father, who loves us.

Let’s go to Him, as our Heavenly Father and sit on His knee as little children. This is why Jesus came to earth.

For an Advent wreath, this is the pink candle, or the "Candle of Joy". We move closer to the celebration of Christmas, and we may make a choice to … END_OF_DOCUMENT_TOKEN_TO_BE_REPLACED

In our world, we are small, and likewise, in the universe our world is infinitesimal. Many people … END_OF_DOCUMENT_TOKEN_TO_BE_REPLACED

You must admit that God chooses some unexpected places to show up. Bethlehem might have seemed … END_OF_DOCUMENT_TOKEN_TO_BE_REPLACED