Not the literal physical warts, but the aspects of your abilities, strengths and weaknesses, circumstances that don’t fit with an image of success.

These seven aspects of his life do not cover all of the handicaps of Moses. We can see how they impacted him.

Yet, God chose him and used him, anyway. Later in the New Testament, St. Paul reveals:

2 Corinthians 12:9-11
…he said to me, “My grace is sufficient for you, for my power is made perfect in weakness.” Therefore I will boast all the more gladly about my weaknesses, so that Christ’s power may rest on me. 10 That is why, for Christ’s sake, I delight in weaknesses, in insults, in hardships, in persecutions, in difficulties. For when I am weak, then I am strong.

Moses was the Lawgiver

The Ten Commandments form the basis for a law abiding society. Jesus later taught that these ten were rooted within loving God and loving our fellow man as ourselves.

The important feature of Moses was his willingness to obey God along with his humility regarding the faults of his fellow man. He knew how easy it was to fail good intentions.

We are thankful for God’s justice and mercy today. We are thankful that our own failings are not enough to keep us from fulfilling our destiny Â in God’s Kingdom.

That is what Jesus came for, he is the author of our faith.

We have hope in a Savior, we have redemption of a future, we have life that overcomes every obstacle. This all came in the most unexpected way. That is the message of Christmas when we look at the baby laid in a manger.

We can be thankful that God chooses us, and uses our lives in His purpose. Despite all that tries to block our way, it is as simple as saying “yes” to the Lord. Like Moses did, like each in the line of faith has in every generation. 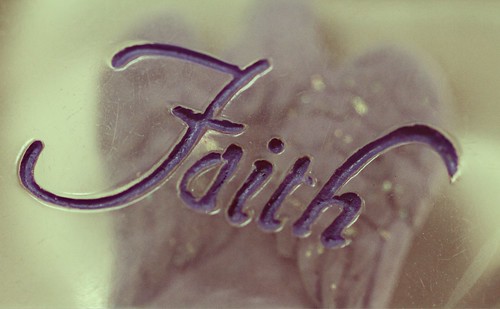 As Paul said in the 11th Chapter of Hebrews:

23 By faith Moses, when he was born, was hid three months of his parents, because they saw he was a proper child; and they were not afraid of the king’s commandment.

24 By faith Moses, when he was come to years, refused to be called the son of Pharaoh’s daughter;

25 Choosing rather to suffer affliction with the people of God, than to enjoy the pleasures of sin for a season;

26 Esteeming the reproach of Christ greater riches than the treasures in Egypt: for he had respect unto the recompence of the reward.

27 By faith he forsook Egypt, not fearing the wrath of the king: for he endured, as seeing him who is invisible.

28 Through faith he kept the passover, and the sprinkling of blood, lest he that destroyed the firstborn should touch them.

29 By faith they passed through the Red sea as by dry land: which the Egyptians assaying to do were drowned.

We Are Thankful For Peace When we are disturbed by stresses, pressures, and upheaval, there is nothing we wish for more than a little peace. Rest … END_OF_DOCUMENT_TOKEN_TO_BE_REPLACED

You must admit that God chooses some unexpected places to show up. Bethlehem might have seemed … END_OF_DOCUMENT_TOKEN_TO_BE_REPLACED

Much of the message we hear during Christmas is that of giving and receiving. It is everywhere, and … END_OF_DOCUMENT_TOKEN_TO_BE_REPLACED