Never heard of this tradition before? I find many people unfamiliar with this way to observe Advent. 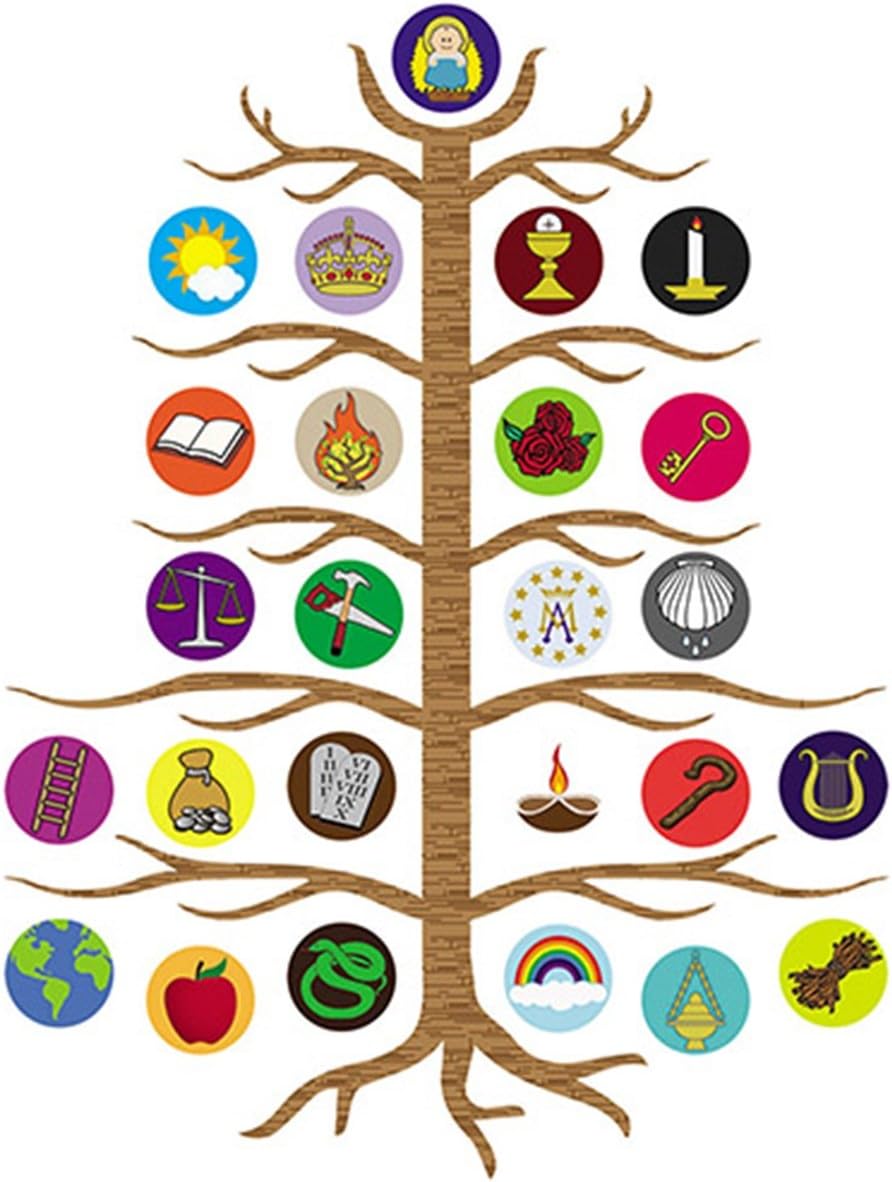 Definition of a Jesse Tree

From the Wikipedia site:

The Tree of Jesse is a depiction in art of the Ancestors of Christ, shown in a tree which rises from Jesse of Bethlehem, the father of King David; the original use of the family tree as a schematic representation of a genealogy. It originates in a passage in the Biblical Book of Isaiah which describes metaphorically the descent of the Messiah, and is accepted by Christians as referring to Jesus. The subject is often seen in Christian art, particularly in that of the Medieval period. The earliest example dates from the 11th century.
…The Jesse Tree was the only prophecy in the Old Testament to be so literally and frequently illustrated, and so came also to stand for the Prophets, and their foretelling of Christ, in general.

For family Advent celebration, a branch or small tree is fashioned and symbolic ornaments are hung, every day. Each day has an ornament with meaning that takes a story journey through the history of the Old Testament to the birth of Christ.

For an Advent wreath, this is the pink candle, or the "Candle of Joy". We move closer to the celebration of Christmas, and we may make a choice to … END_OF_DOCUMENT_TOKEN_TO_BE_REPLACED

In our world, we are small, and likewise, in the universe our world is infinitesimal. Many people … END_OF_DOCUMENT_TOKEN_TO_BE_REPLACED

You must admit that God chooses some unexpected places to show up. Bethlehem might have seemed … END_OF_DOCUMENT_TOKEN_TO_BE_REPLACED