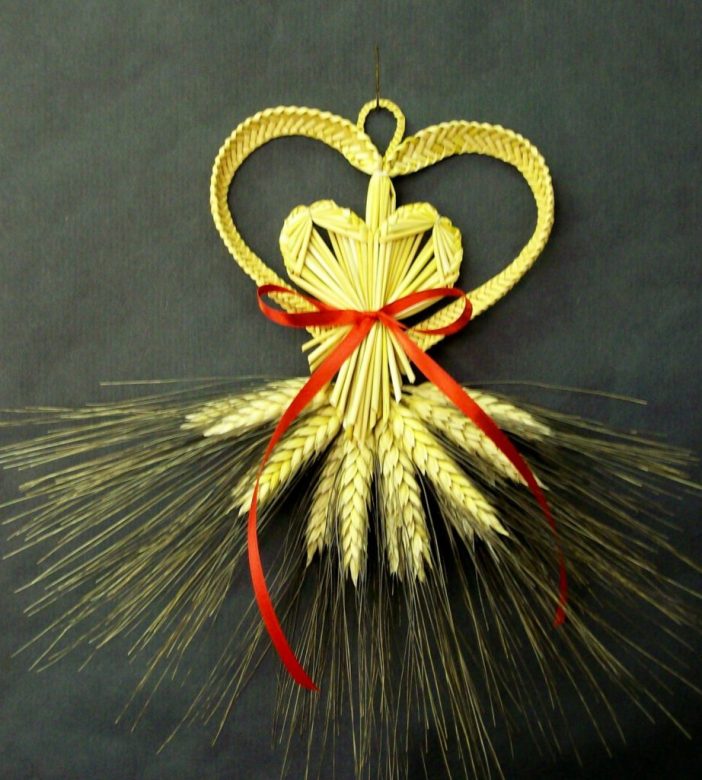 Precious Truth: Your good works and faith will not go unnoticed. Ruth 2: 2-11
2 And Ruth the Moabite said to Naomi, â€œLet me go to the fields and pick up the leftover grain behind anyone in whose eyes I find favor.â€

Naomi said to her, â€œGo ahead, my daughter.â€ 3 So she went out, entered a field and began to glean behind the harvesters. As it turned out, she was working in a field belonging to Boaz, who was from the clan of Elimelek.

4 Just then Boaz arrived from Bethlehem and greeted the harvesters, â€œThe LORD be with you!â€

5 Boaz asked the overseer of his harvesters, â€œWho does that young woman belong to?â€

6 The overseer replied, â€œShe is the Moabite who came back from Moab with Naomi. 7 She said, â€˜Please let me glean and gather among the sheaves behind the harvesters.â€™ She came into the field and has remained here from morning till now, except for a short rest in the shelter.â€

8 So Boaz said to Ruth, â€œMy daughter, listen to me. Donâ€™t go and glean in another field and donâ€™t go away from here. Stay here with the women who work for me. 9 Watch the field where the men are harvesting, and follow along after the women. I have told the men not to lay a hand on you. And whenever you are thirsty, go and get a drink from the water jars the men have filled.â€

10 At this, she bowed down with her face to the ground. She asked him, â€œWhy have I found such favor in your eyes that you notice meâ€”a foreigner?â€

11 Boaz replied, â€œIâ€™ve been told all about what you have done for your mother-in-law since the death of your husbandâ€”how you left your father and mother and your homeland and came to live with a people you did not know before. 12 May the LORD repay you for what you have done. May you be richly rewarded by the LORD, the God of Israel, under whose wings you have come to take refuge.â€

One message we find within the Christmas story is about how God chooses to show what is of value, and how that is packaged in circumstances we might not expect.

When Jesus, the best that heaven could offer, came to earth it was not with fanfare, nor with the trappings of wealth or prestige. Christ came to earth humbly, in the poorest of surroundings.

Not at all what was expected.

And coming in this way, He lifted all the poorest of the earth, all those with the unpromising circumstances of birth to a place of hope.

God had long planned to send His Son, and in the circumstance of generations before Christ’s birth, clues to God’s plan were revealed.

Ruth and her story hold clues to the fact that God is no respecter of persons, and when a young woman of a foreign nation chose the God of Naomi, and chose the blessing of being loyal to a woman who had no prospects to benefit her…. God then chose her, Ruth, to be one of the most blessed. She was to become an ancestor of the promised Messiah.

And her husbands blessing for her was fulfilled and established.

“May you be richly rewarded by the LORD, the God of Israel”

Boaz could not have known how fully and completely his hopeful and prophetic words would become answered within a humble stable in a future generation. And how that fulfillment would be a blessing for all nations of the world, and all the “Ruth”s.

Do not tire of doing good, for there is One watching Who will reward you. It doesn’t matter who you are, the circumstances of your birth, or life. God has a plan and a good reward for you. He blesses faithfulness and kindness, those characteristics that mirror His own.

The ornament symbol: Sheaf of wheat

For an Advent wreath, this is the pink candle, or the "Candle of Joy". We move closer to the celebration of Christmas, and we may make a choice to … END_OF_DOCUMENT_TOKEN_TO_BE_REPLACED

In our world, we are small, and likewise, in the universe our world is infinitesimal. Many people … END_OF_DOCUMENT_TOKEN_TO_BE_REPLACED

You must admit that God chooses some unexpected places to show up. Bethlehem might have seemed … END_OF_DOCUMENT_TOKEN_TO_BE_REPLACED