A handcrafted, homemade ornament tells a story, and that is much of why we value it. My Christmas tree has a number of such decorations, although some have been worn out from use. (My oldest daughter had made an angel of construction paper and that was our tree topper for a number of years, but eventually became too tattered to save).

We’ve had popcorn garlands and cranberry, felt ornaments, cutout paper and my Grandmothers crocheted snowflakes, none of which survived to today. Some homemade ceramics eventually slipped from little hands, and thus not all recount their narratives, except within my own inner voice.

Beyond the level of expertise (or lack, as it might be), the materials it is made of, or artistry of design, there is a tale of love and the creator woven into its making.

If it is like the ones from our children, or gifts from the Sunday School teachers, it holds precious memories in the tale.

Or in the case of our little “Walnut Christmas Bears“, the memory of a time our family spent together which attaches itself like a fine filigree of happy, golden times. The narrative that each tells is of that time and place, memories of the care with which each one was made, and the fun that was had together. I think sometimes I collect things like this because I am so attuned to the stories they tell me, the way a reverie is triggered which is filled with what that person meant to me.

So much of it comes alive each Christmas, when we trim the tree and take out each of these bears from their tissue paper cocoon and hang them on the fir branches.

In the Bible are many examples of commemorations of important truths and events. A physical reminder of spiritual realities.

Just as our Christmas elements jog our memories with thoughts of those who made them, used them and passed them to us, Jesus had instituted the communion supper …”Do this, as often as you drink it, in remembrance of me.”

Our Advent log unites our family in the same way that smaller decorations do: so many years ago, my husband made it from a scrub mulberry tree from our first house together. It is laced with many years of memories of centering around the story of Jesus’ nativity.

What are some of the decorations that hold some bit of holiday history for you?

Make A Memory Today
Make homemade ornaments today.
You may not be prepared, and if not, plan to make something sometime this week.

Chose a craft to do together for a memory in future Christmases.

Matthew 2:
2Â  After Jesus was born in Bethlehem in Judea, during the time of King Herod, Magi from the east came to Jerusalem and asked, â€œWhere is the one who has been born king of the Jews? We saw his star when it rose and have come to worship him.â€
3 When King Herod heard this he was disturbed, and all Jerusalem with him.
4Â  When he had called together all the peopleâ€™s chief priests and teachers of the law, he asked them where the Messiah was to be born.
5Â  â€œIn Bethlehem in Judea,â€ they replied, â€œfor this is what the prophet has written:
6Â  â€œâ€˜But you, Bethlehem, in the land of Judah,are by no means least among the rulers of Judah;
for out of you will come a ruler who will shepherd my people Israel.â€™â€
7 Then Herod called the Magi secretly and found out from them the exact time the star had appeared. 8Â  He sent them to Bethlehem and said, â€œGo and search carefully for the child. As soon as you find him, report to me, so that I too may go and worship him.â€ 9Â  After they had heard the king, they went on their way, and the star they had seen when it rose went ahead of them until it stopped over the place where the child was.
10Â  When they saw the star, they were overjoyed.
11Â  On coming to the house, they saw the child with his mother Mary, and they bowed down and worshiped him. Then they opened their treasures and presented him with gifts of gold, frankincense and myrrh.
12Â  And having been warned in a dream not to go back to Herod, they returned to their country by another route.

Mary, Did You Know? 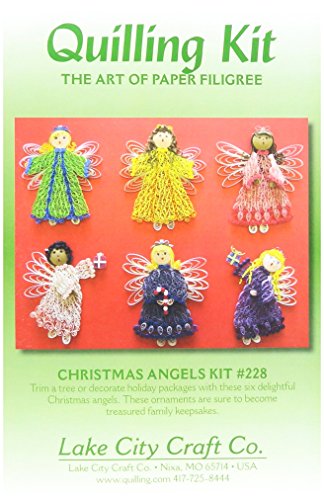 We Are Thankful For Peace When we are disturbed by stresses, pressures, and upheaval, there is nothing we wish for more than a little peace. Rest … END_OF_DOCUMENT_TOKEN_TO_BE_REPLACED

You must admit that God chooses some unexpected places to show up. Bethlehem might have seemed … END_OF_DOCUMENT_TOKEN_TO_BE_REPLACED

Much of the message we hear during Christmas is that of giving and receiving. It is everywhere, and … END_OF_DOCUMENT_TOKEN_TO_BE_REPLACED