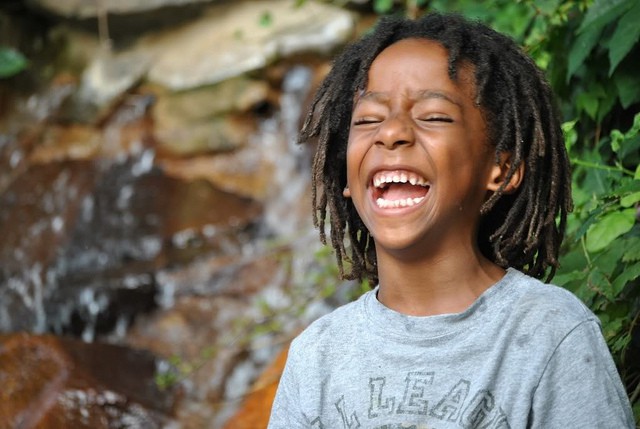 You don’t have to have your own children to experience joy from them. In fact, children can enjoy the laughter and happiness of other children just as well as anyone.

Listen to a Child’s Laughter

Of course, a child is not only laughing and happy. As humans they have the whole range of emotions and need attention, love, and often patience.

The paradox of joy is that it doesn’t require perfect circumstances to experience. We can have joy in children by caring for their needs, in cheering them up, in sacrificing something of our own for their happiness.

Gladness in the presence of children can come from many sources.

Even when children are cranky, crying, and tired, let’s remember that God holds each one in a special place in his heart. Allow thankfulness for them, and try to encourage their joy and laughter today.

Today we will consider Daniel. He was a prophet who had visions that included the coming Messiah and His everlasting Kingdom.

This prophet might be considered an odd choice to pair with our theme of being thankful for the joy of children, since he could not have children of his own.

But his story is loved by children. It is obvious that Daniel was thankful for many things despite the difficulties of his life. we can see that in his faithfulness to offer God thanks and prayers every day, no matter what. Even when the law forbade it and he found himself in that den of lions.

Daniel and the Lions 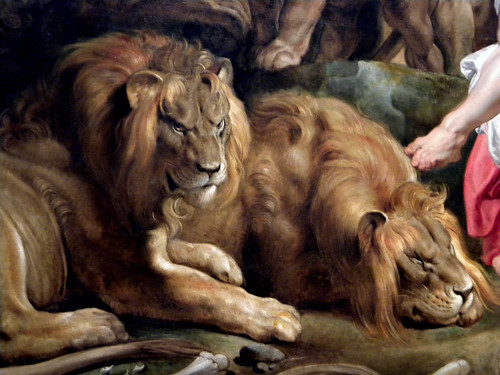 This is a favorite Bible story with the little ones. Although Daniel was an important prophet, the episode with the lions den is the one that children especially remember. Perhaps because they are aware of how powerless they sometimes feel, and how many “lions” there seem to be, children love the angels holding shut the lion’s mouth, and the happy ending for Daniel.

19  At the first light of dawn, the king got up and hurried to the lions den. 20  When he came near the den, he called to Daniel in an anguished voice, “Daniel, servant of the living God, has your God, whom you serve continually, been able to rescue you from the lions?”

21  Daniel answered, “May the king live forever! 22  My God sent his angel, and he shut the mouths of the lions. They have not hurt me, because I was found innocent in his sight. Nor have I ever done any wrong before you, Your Majesty.”

23  The king was overjoyed and gave orders to lift Daniel out of the den. And when Daniel was lifted from the den, no wound was found on him, because he had trusted in his God.

This day it would be fun to color the picture of Daniel with the lions.

It is Daniel that foretold:

Daniel 7:13-14
” 13 I saw in the night visions, and, behold, one like the Son of man came with the clouds of heaven, and came to the Ancient of days, and they brought him near before him.

14  And there was given him dominion, and glory, and a kingdom, that all people, nations, and languages, should serve him: his dominion is an everlasting dominion, which shall not pass away, and his kingdom that which shall not be destroyed.”

For an Advent wreath, this is the pink candle, or the "Candle of Joy". We move closer to the celebration of Christmas, and we may make a choice to … END_OF_DOCUMENT_TOKEN_TO_BE_REPLACED

In our world, we are small, and likewise, in the universe our world is infinitesimal. Many people … END_OF_DOCUMENT_TOKEN_TO_BE_REPLACED

You must admit that God chooses some unexpected places to show up. Bethlehem might have seemed … END_OF_DOCUMENT_TOKEN_TO_BE_REPLACED